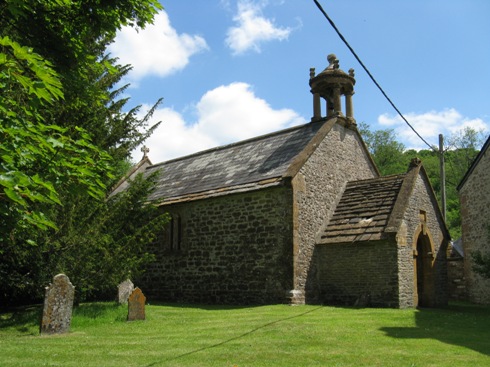 The Church of St. Edwold can be found in a secluded position huddled under the north western slopes of Bubb Down - quite close to the busy Dorchester to Yeovil Road (the A36), whose noise occasionally intrudes. The church can be found at the end of a track next to a 17th century brick farmhouse (Church Farm, known in the RCHME volume as Stockwood Farm). The dedication is unique. St. Edwold was the younger brother of St. Edmund - one of the kings of East Anglia in the tenth century - who after his brother's death in battle, settled as a hermit near Cerne Abbas. It is not clear why Stockwood church is dedicated to Edwold, but Kenneth Smith's guidebook suggests that he may have also had a cell here as well as at Cerne. The church itself is very small, the smallest in Dorset and one of the smallest in England. The present building itself dates from the fifteenth century with a western porch and bell turret of 1636. Since 1972 the building has been in the care of the Churches Conservation Trust, having been disused for several years and by 1966, according to Michael Pitt-Rivers (p. 125), "in danger of becoming a ruin."

One small bell hung in an ornate bellcote.

The Stockwood page on Wikipedia 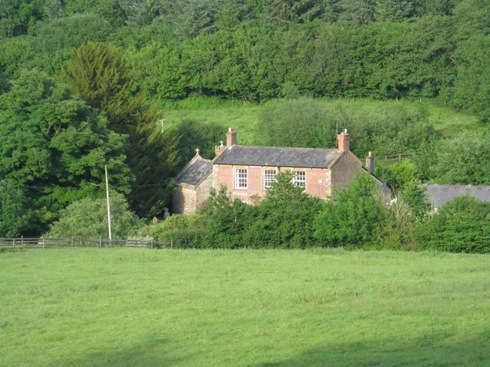 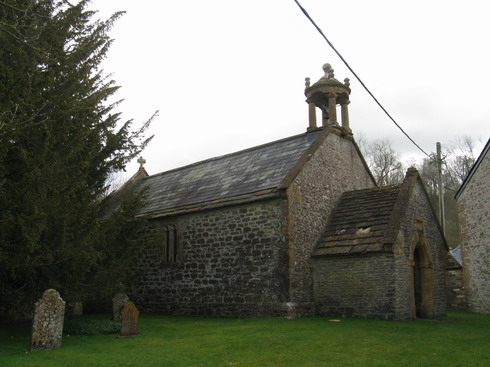