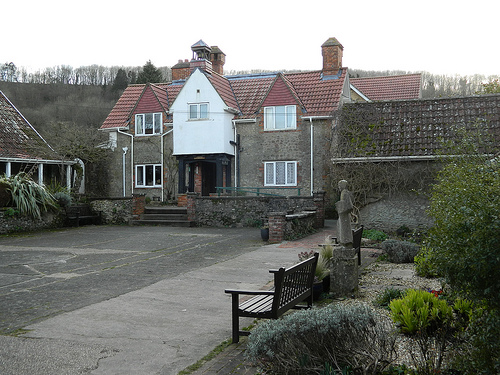 Nestled under the downs between Batcombe and Hilfield can be found the Franciscan Friary at Hilfield. Hilfield is the largest of the friaries run in the UK by the Anglican Society of St. Francis (SSF). The Franciscan way of life came to Hilfield (Flowers Farm) through the action of a priest named Brother Giles who had previously travelled around the country as an itinerant staying with and ministering to the wayfaring homeless. Shortly after moving to Flowers Farm, Brother Giles's health began to fail, so in 1922 Douglas Downes - at the time the chaplain of Worcester College, Oxford - arrived to try to build up a community that might continue Giles's work. Brother Douglas, as he became known, built up a small community at Flowers Farm who ministered to those caught in vagrancy. In 1934, the then vicar of St. Ives (near Huntingdon), William Strowan Amherst Robertson (known as Father Algy), settled at Hilfield with the intention of drawing all of the Franciscan brotherhoods that existed in Britain into a single unit. Bishop Moorman comments that Father Algy "soon became the obvious leader of the movement, giving the place a more monastic look, tightening up discipline, and turning a loosely-knit brotherhood into a religious order" - eventually the Society of Saint Francis. More information on the origins of the Franciscan community at Hilfield can be found in the following books:

The Friary ran a night shelter for wayfarers until 2008. It is now a place of community and hospitality, focused on peace and the environment. More information is available on the Hilfield Friary website: http://www.hilfieldfriary.org.uk/ 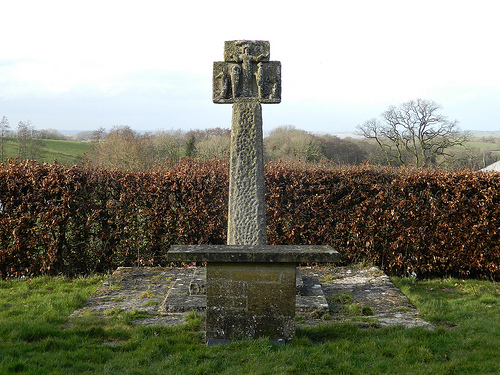