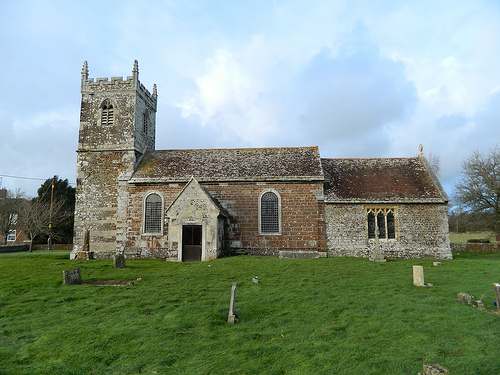 The Church of St. Mary at Almer lies to the north of the A31 on the other side of the road from Charborough Park. The oldest parts of the church building are the south doorway, the north arcade and the font, which all date from the Norman period. The tower is fifteenth century, while the porch and nave windows are eighteenth century (attributed to John and William Bastard of Blandford). There is also some interesting fifteenth and seventeenth-century glass on the north side of the chancel. Newman and Pevsner write:

Unbuttressed Perp W tower. Norman S doorway with stop-chamfers and Norman W quoins, C14 N aisle, the chancel Victorian. Between tower, aisle, and chancel a nave of the early C18, probably by the Bastards of Blandford. Arched windows. Inside the Norman theme is taken up again. The N arcade of three bays is mid-C12. Base spurs, round piers, scalloped capitals, square abaci, unmoulded round archers. -- FONT. C13, Purbeck marble, octagonal, with two flat pointed arches each side.

The three heaviest bells are ca C14th, cast at the Salisbury foundry; the treble was cast by John Warner & Sons in 1872: http://dove.cccbr.org.uk/detail.php?DoveID=ALMER 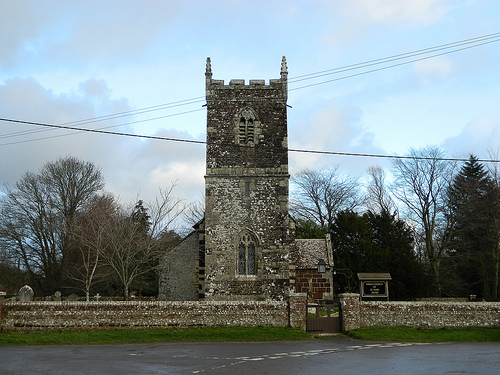