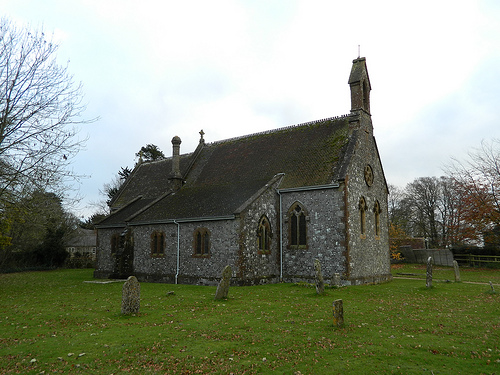 Ashmore, in Cranborne Chase, is the highest village in Dorset at seven hundred feet above sea-level. It is famous for its pond, whose continued existence is a bit of a mystery. Desmond Hawkins reports that the pond was there when the Romans were building their road nearby [1].

Is it a swallet-hole, as one writer has suggested? Is it an outsize dewpond? To say that it dries up is an exaggeration, but not a great one. On average it happens only once in twenty years.

The Church is mostly Victorian. Newman and Pevsner (p. 78) describe it as medieval, but as mostly being by Charles Edwards of Exeter, 1874. Pitfield (p. 39) claims (with reference to the faculty application) that the original intention of the rebuilding appears to have been to retain the main structural walls of the former nave and chancel, but in the event the complete structure was taken down and rebuilt. The building, like many other buildings in the village, is built of flint and greensand ashlar. It has a bell turret on the west gable of the nave that contains a small bell dismissed by Canon Raven as being "of no antiquity and with no inscription" [2]. H.B. Walters says that the bell is by James Wells of Aldbourne (Wiltshire), 1818 [3]. 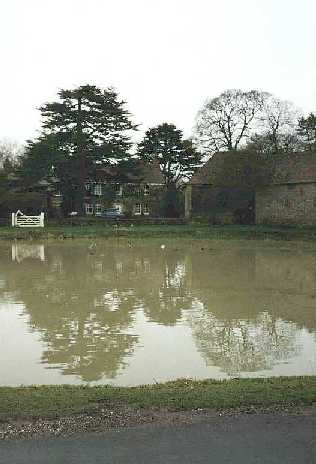 There is a page on Ashmore on The Dorset Page:
http://www.shogun.co.uk/dorset/ashmore.htm 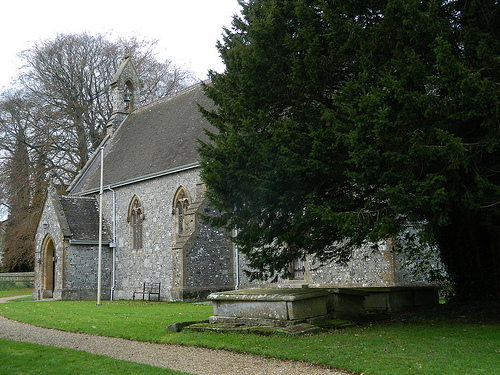