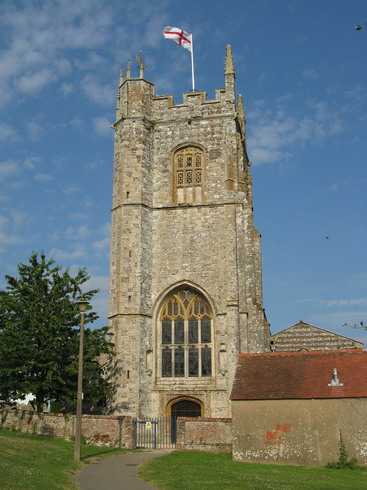 Bere Regis Church is one of Dorset's most interesting. It has a fine early sixteenth century tower constructed of local limestone (Purbeck) and flint. The treasure of this church, however, are the carved and painted oak roof beams, which date from the fifteenth century. The protruding beams are carved into twelve figures dressed in medieval costume, probably either monastic figures or meant to represent the twelve Apostles. Whoever they are meant to be, the roof if definitely worth a look. 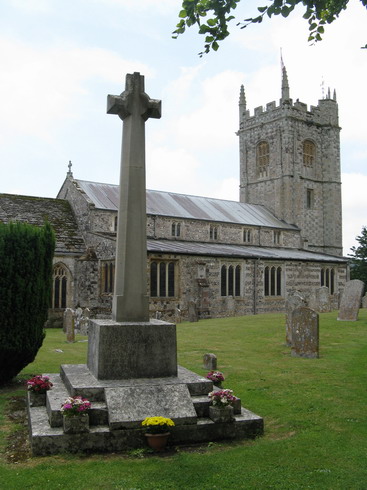 Images of the interior

Bere Regis church contains some interesting tombs and carvings. The carved capitals by the main entrance are particularly fine. There is also a stunning fifteenth century roof, probably undertaken by Cardinal Morton, who had been born in the parish (Milborne Stileham). Some images of the roof can be found here 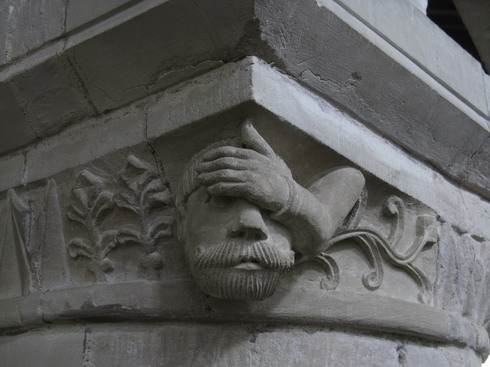 12th century carving of a man who has just accidentally dropped his car keys down a drain, Bere Regis, Dorset 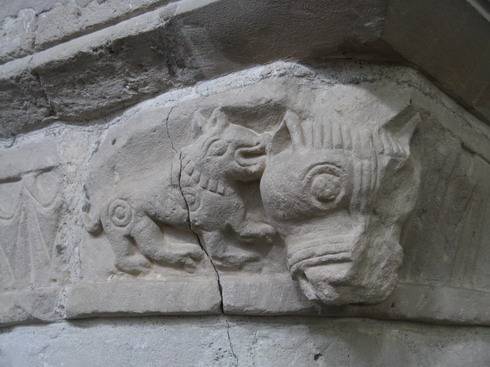