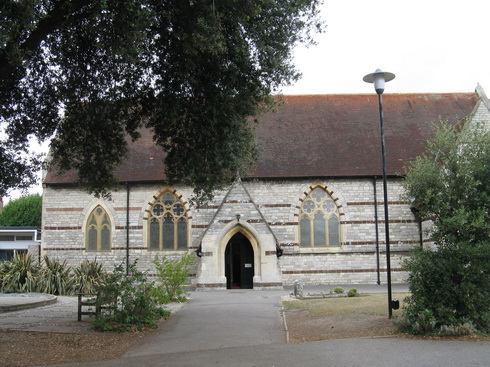 By George Edmund Street, 1858s, extended since several times: north aisle added in 1870, nave lengthened westwards in 1931. Built of limestone, banded with a red sandstone (Tertiary Heathstone from Lytchett). Pevsner and Lloyd note that Street's parts have foliage capitals. Some of the glass is by Clayton & Bell and Mayer of Munich.

S. ------, Pokesdown, Bournemouth, Hampshire.  This little church, by Mr. Street, is a very successful building, considering its small cost. It comprises a nave (with embedded arches for the possible future addition of a north aisle) and a chancel ending in an apsidal sanctuary; the apse having an even number of sides, so that the church ends to the eastward with an angle instead of a square face. There is a vestry on the north side of the chancel, and a bell-turret on the western gable. The inside is of rough walling like the exterior, local stone being used, with bands and alternate voussoirs of a darker hue. The four sides of the apse have each a two-light window, trefoiled, with a quatrefoil in the head, and with an internal shafted arcade. The chancel-arch is unusually good, with detached marble shafts. The ritual arrangements are correct. The arcade of the apse windows is cleverly treated so as to form a simple constructional reredos, in which there is introduced a gilt or metal altar cross standing out from the wall. There are also candlesticks. The sanctuary has no rails ; the sedilia are constructional, in the south wall. There are stalls and subsellae, of deal, and rather scanty in proportions. The screen is of stone, low, without gates. A square stone pulpit with a stone desk to it stands at the south side of the chancel arch. The font is square in plan, and is the least satisfactory detail in the church. The nave | [p 310] roof is an open cradle one. That to the chancel is a common open one, with some colour timidly applied. The floor is tiled on an uniform level, amd the seats are moveable, of deal. A few painted windows have been introduced, and some good monuments have been already put up in the picturesquely situated churchyard. We have seldom seen a better cheap church than this.

The church dates from the time when Bournemouth suburbs like Pokesdown were beginning to be developed to support the rapidly growing working class population of the Bournemouth area. Pokesdown railway station (originally named Boscombe) opened in 1886, as part of the Southampton and Dorchester Railway's scheme to improve links with Bournmouth. 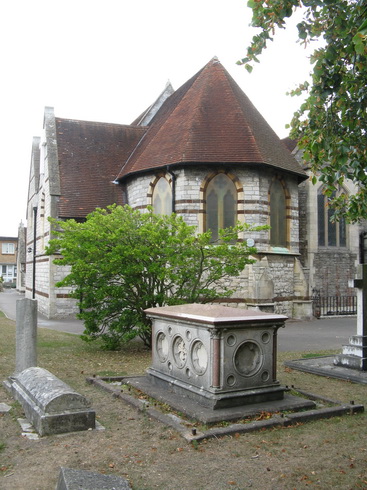 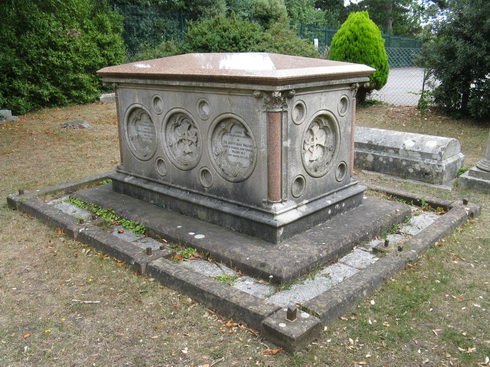