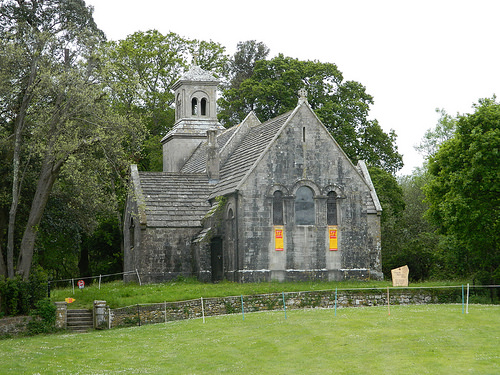 Creech Grange chapel, the former Church of St. John the Evangelist, can be found down a drive just to the north of Creech Grange House. Pevsner notes that a chapel was built here in 1746 to house the c. 12th century Norman chancel arch of the former Holme Priory (East Holme). The current church was added between 1849-68 in a general Norman style, but with an Italianate tower. In its original form, the church was a chapel of ease to the parish of Steeple. The church was declared redundant in 1983 and is now privately owned.