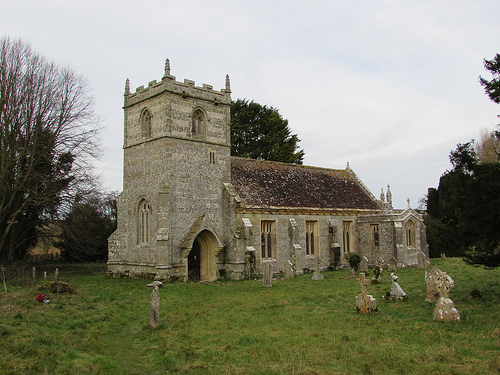 In a beautiful chalkland setting on the south west edge of Cranborne Chase, the flint and limestone church of Long Crichel is mostly nineteenth century (1852) with a Perpendicular (fifteenth century) west tower. According to Newman and Pevsner, the architect is unknown, although they consider the plan, "out of date ... for the nave has no aisles and is really a Georgian space in Perp form, long, uniform, well-lit - it might well be a schoolroom." Unfortunately, it is not currently possible to test this assertion as the church was declared redundant in June 2003. The building is now in the care of the Friends of Friendless Churches

To the west of the village is Crichel Down, the focus of a celebrated political controversy in the early 1950s. The case concerned the disposal of land requisitioned by the Air Ministry in the 1930s for use as a practice bombing range. When the land was no longer required for this purpose at the end of the 1940s, it was transferred to the Ministry of Agriculture, who began to prepare the site for cultivation. The minister, Sir Thomas Dugdale, decided in 1952 that the site should be retained in public ownership (through the Crown Lands Commissioners) and equipped as a single holding for letting to a farming tenant. However, the descendants of the pre-war owners, led by Lieutenant-Commander George Marten of the Crichel Estate, had already requested the opportunity to purchase back the land and decided to fight for the right to do this. The ensuing controversy was bitter and protracted, resulting in a Public Inquiry that led to the eventual clarification of land disposal rules and the resignation in 1954 of the minister. The rules for the disposal of surplus land acquired by compulsory purchase in England are still known as the Crichel Down Rules, and were most recently revised in ODPM Circular 06/2004. Perhaps the best guide to the complexities of the original controversy is The mystery of Crichel Down by I. F. Nicholson (Oxford: Clarendon Press, 1986), who is broadly sympathetic to the officials criticised in the Public Inquiry. John Delafons sees the Crichel Down affair as a failure of government policy, specifically the result of a lack of policy while officials were still working within the framework of the Agricultural Act 1947, which still emphasised the importance of 'efficient agricultural production' ("Crichel Down revisited", Public Administration, 65, 1987, 339-349). 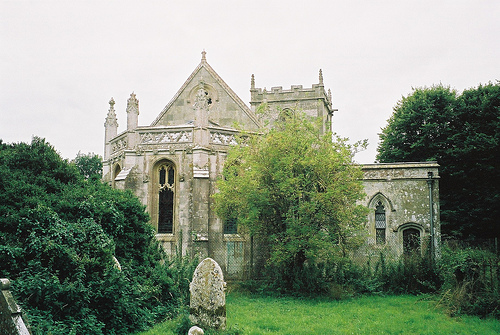