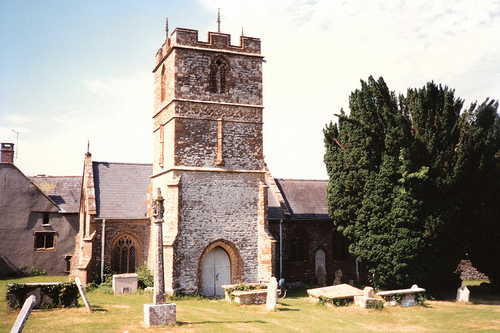 The Church of St. Mary the Virgin can be found on the eastern slope of the wooded Bubb Down next to an Elizabethan manor house. The northern tower - which forms the main entrance to the building - is 15th century and dates from the rebuilding of the church undertaken by the then Rector, Walter Bokeler. The remainder of the church dates from a later rebuilding in 1854. Inside the church is an interesting font that is sometimes assumed to have been adapted from the base of an Anglo-Saxon carved cross. Whatever its precise origin, the font is a tall cylindrical shape and is carved with various animals; the whole scene now being found upside-down. Mee (p. 151) describes it as "the work of some artist far back in time who gave it a vold and handsome circle of hounds chasing deer, with wild beasts preying on each other." Some of the stained-glass in the windows dates from the mediaeval church, described by Mee (p. 150) as "some of the best old glass in Dorset."

Melbury Bubb.
A four-page illustrated leaflet containing a description of the church and its fittings. It includes a photograph of the font. 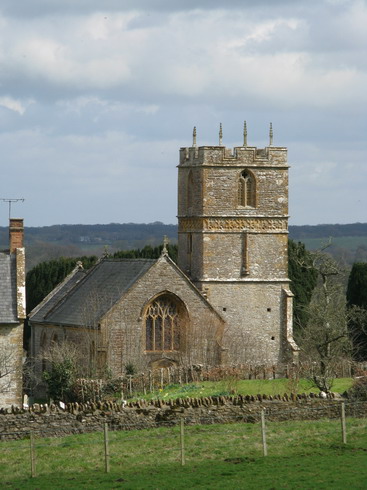