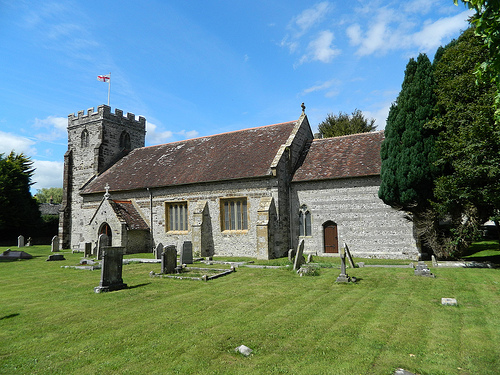 Winterborne Kingston currently has a ring of six. At the turn of the twentieth century they had four bells, three of them by John Wallis of the Salisbury foundry (1600) and the tenor by William Ellery of Closworth (1749). J.J. Raven (1903, p. 135) gives the following details:

The bells were augmented to six in 1999. According to the Ringing World of the 23 July 1999. the Parocial Church Council took the decision to restore the tower and bells and to augment the original ring in 1995. Three new bells were cast in 1998 at the Whitechapel Foundry and added to Wallis's old second and third bells (now the fourth and fifth) and Ellery's 1749 tenor. The old treble was deemed to be too thin to be re-tuned so it has been rehung above the other bells and can be used as a service bell. The Ven. Geoffrey Walton, Archdeacon of Dorset, dedicated the new ring on the 6 June 1999.