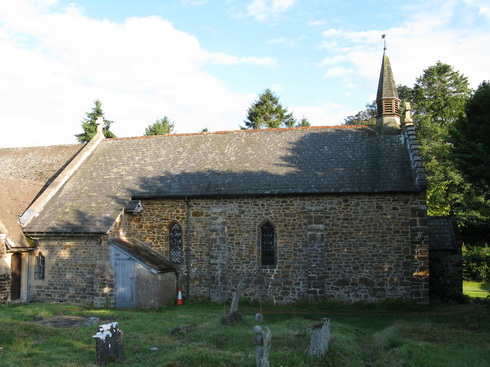 On the Hampshire border of the county near Fordingbridge and Damerham, Alderholt was formerly part of Cranborne parish. While an earlier church is said to have existed before the Civil Wars, the present church building was paid for by the Marquess of Salisbury and opened in 1849, when Alderholt was established as a separate parish. It was built using the local red-brown sandstone known as Heathstone. Newman and Pevsner describe it as "very odd," agreeing with H. S. Goodhart-Rendel that it looks as if it had been designed by E. S. Prior. A new chancel and sanctuary were added in the 1920s. The unusual pulpit is apparently from St Osmund's Church, Parkstone and is an open grid in what is known as the Gimson style (after Ernest Gimson, the Arts and Crafts designer). The railway arrived in 1861 with a station at nearby Daggons Road. This linked Alderholt with Fordingbridge and Salisbury, as well as with the Southampton and Dorchester Railway at West Moors, but closed in 1964. 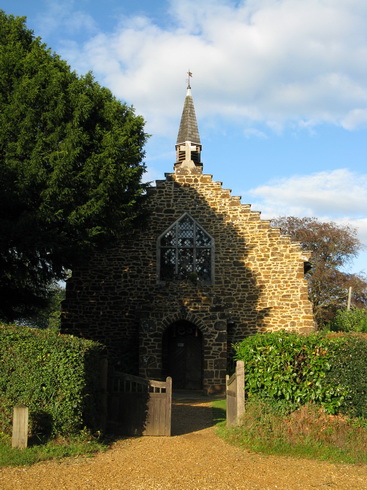